Better Pizza Is in Your Hands at Pepi’s Pizza, Kitchener-Waterloo

The original location opened on the corner of Water and Weber streets in downtown Kitchener in 1959. Originally named Peewee’s, the Firmi brother’s (the late Lewis and Ron) came up with the Pepi’s name in 1962. There were many naysayers, folks who thought that they were crazy—that pizza would never really catch on. Now, over sixty years later, it goes without saying they were wrong. Pepi’s Pizza is not only one of the original fast-food restaurants in the area it is now considered one of the best—as our numerous awards and plaudits demonstrate. Pepi’s has also become very popular due to their oven baked ‘Munchie’ subs, something that everyone should experience. The original store at Water & Weber is still family owned and operated, come give us a try!

Pepi’s Pizza is always looking to add to our award winning team, please send a note and resume to Jobs@pepispizza.com 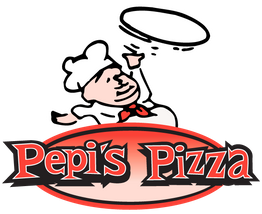